Antoine de Saint-Exupéry was a pioneer aviator and is best known as the author if 'The Little Prince'.  The life of a pilot was dangerous and Saint-Exupéry had several close calls. Engines were temperamental; navigation instruments and radios were primitive and unreliable. 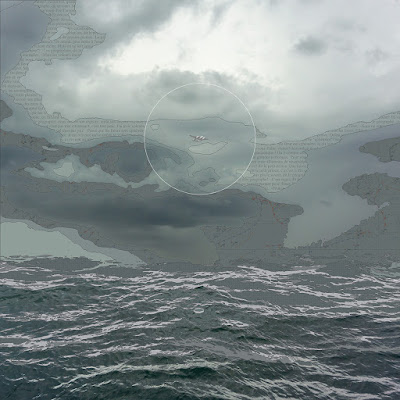 It was Antoine de Saint-Exupéry's experience of surviving a crash in the Sahara desert that was the inspiration for the encounter with the Little Prince. The text in this image is an excerpt from the story wherein the prince recounts a visit with the sole inhabitant of a small planet: a geographer who makes maps but considers himself too important to actually visit the places he records. 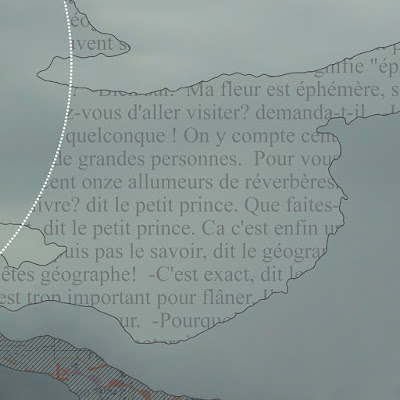 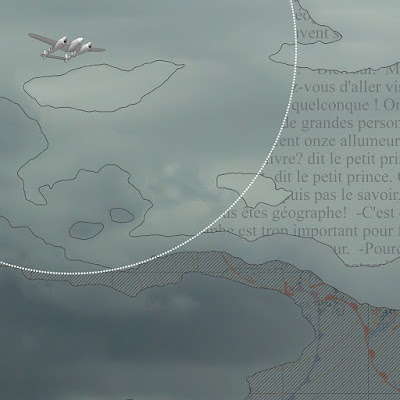 In this image the clouds are sharp and clear within a small horizon around the plane. Further afield, the image breaks down into map like patterns and abstractions. Saint-Exupéry disappeared over the Mediterranean while on a reconnaissance flight to occupied France. Shown here is a Lockheed P-38, the plane he flew on this final mission. In the sea below, I've put a small life raft to help him out after the crash. 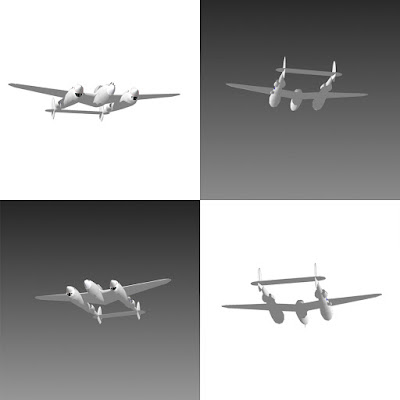 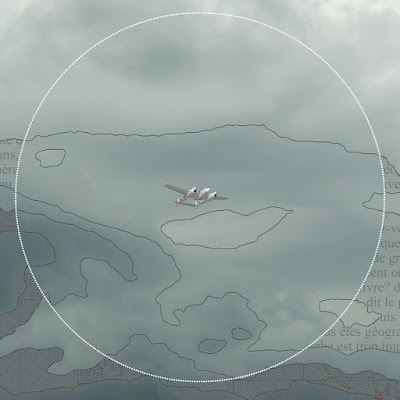 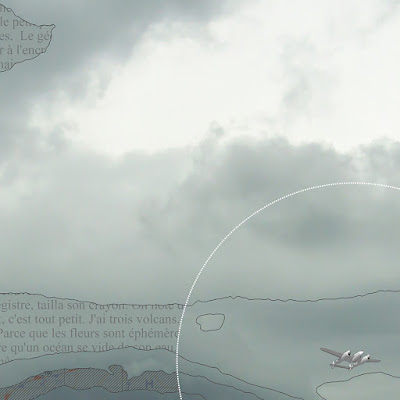 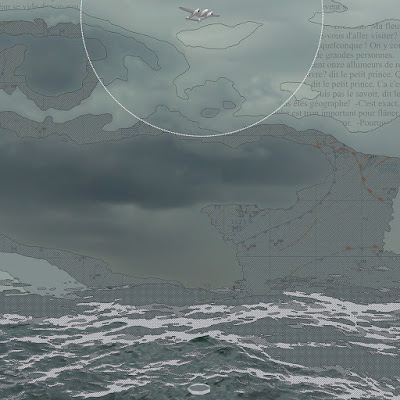 Posted by Mikael Sandblom at 11:47 AM No comments:

Joshua Slocum was an experienced sea captain when he took on the challenge of attempting to sail around the world on his own. He restored and re-purposed an old fishing boat into a sturdy ship that was small enough to be managed by one man but tough enough to withstand everything the oceans could throw at it. 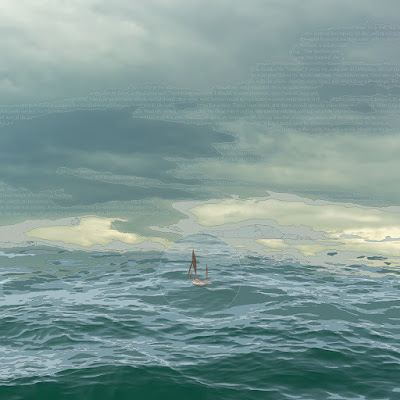 His boat, 'Spray' was so well balanced and Slocum was so good at setting her sails that the little vessel could stay on course for hours on end with the wheel lashed. He described his adventures in his famous book "Sailing Alone Around the World" 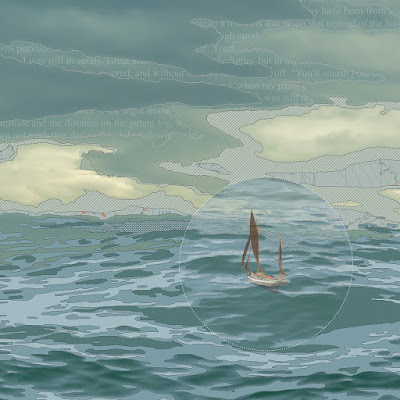 The ghostly text that appears in this picture describes an episode during which, suffering from food poisoning, Slocum hallucinates a member of Christopher Columbus crew steering the Spray safely through a storm. 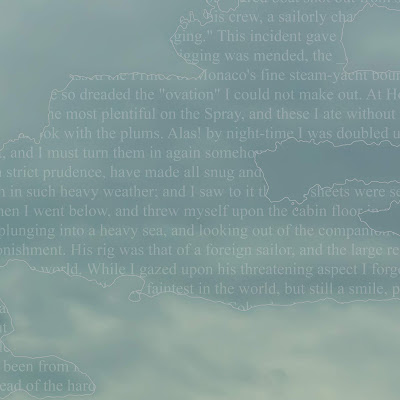 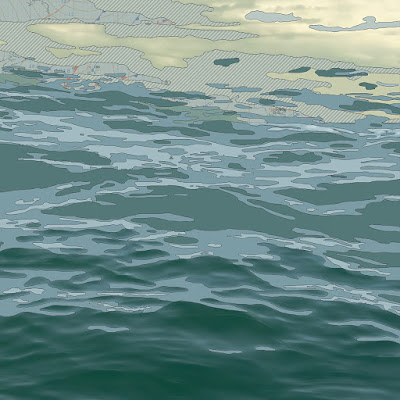 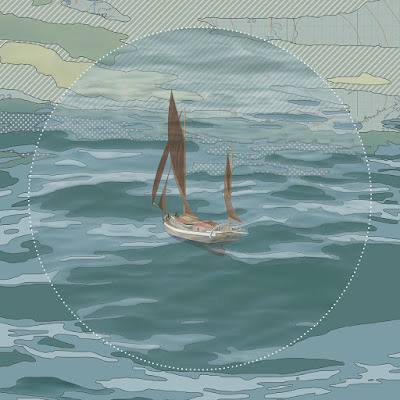 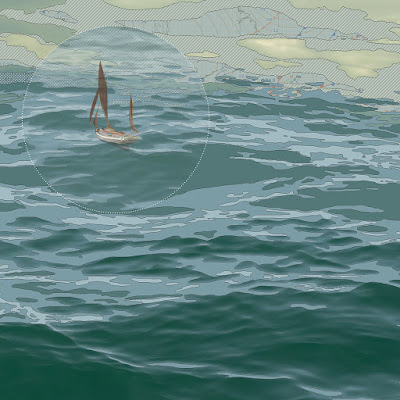 Posted by Mikael Sandblom at 12:52 PM No comments: 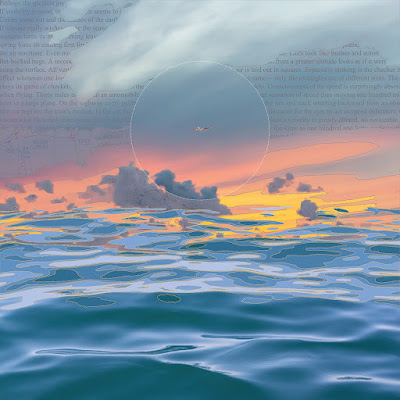 Sky and water overlap.  Waves and clouds look like islands as they mirage into each other at the horizon. A small plane flies over a vast ocean in search of a tiny speck of land. Amelia Earhart and her navigator search for Howland Island - an essential refueling stop in the Pacific Ocean.  Earhart's own words appear in the sky. The text is from her book 'For the Fun of It' wherein she describes and shares her love of flying. 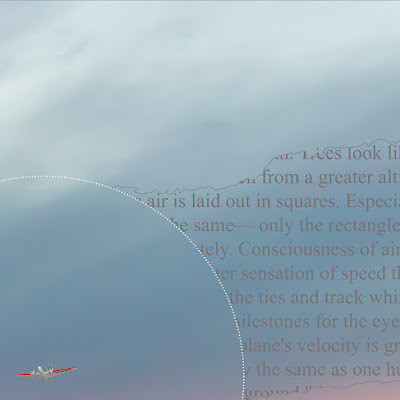 Earhart's attempt to fly around the world lay at the very edge of her era's technology. The Pacific leg was the longest and most dangerous and one that she ultimately did not survive. 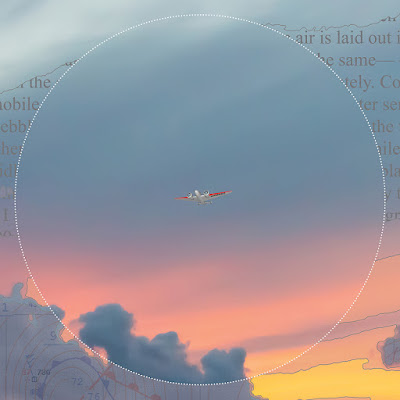 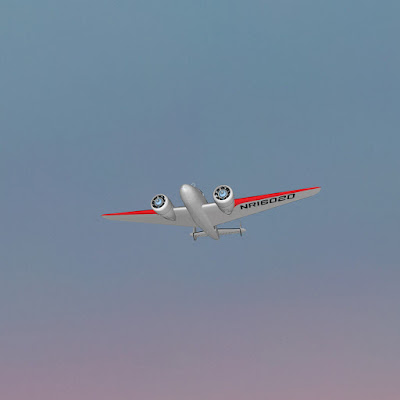 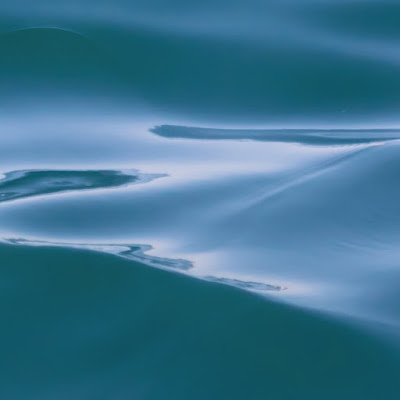 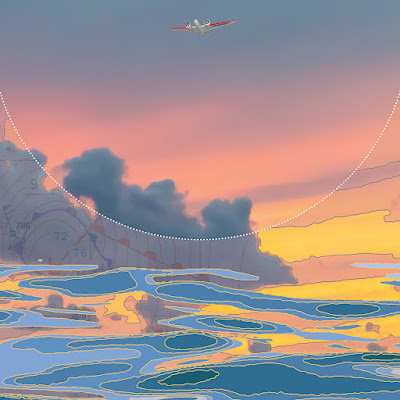 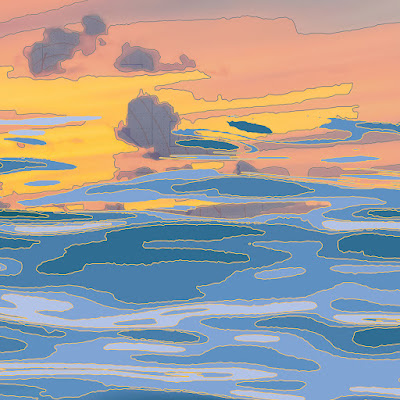 Posted by Mikael Sandblom at 11:28 AM No comments: