Instead of brushing on the paint to make the water patterns, I have poured the paint down and pushed a viscous paint mixture over the surface.  The effect is a more fluid and leaves an interesting trace of the movement and flow of the substance that has now become frozen on the surface. 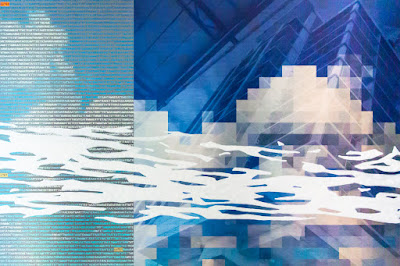 
Underneath the painted shapes is an abstracted image of clouds.  The clouds are rendered as text on the left hand side and as large pixels on the right hand. Behind the cloud image there is a photo of a building under construction shot up against a sky where again there are clouds visible.
Posted by Mikael Sandblom at 8:46 AM No comments: 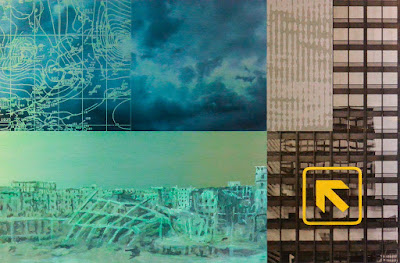 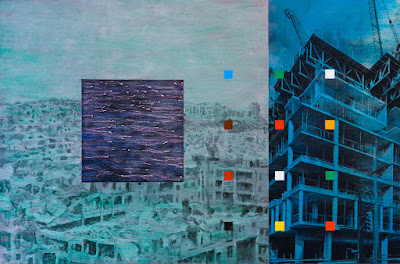 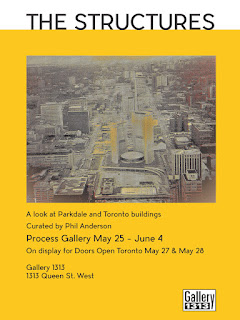 Posted by Mikael Sandblom at 10:52 AM No comments:

In this picture a concrete structure seems to dissolve under pixelated clouds and abstracted water patterns. The water image on the left is atomized into a line-screen pattern as you look closer. 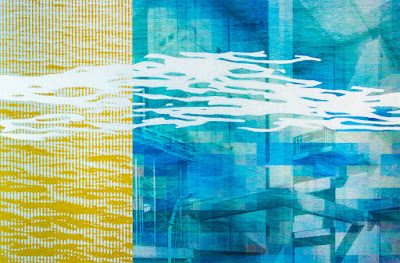 The white shapes that span the image oscillate between flat abstract elements on the picture surface and reflective waves on water. The piece presents imagery and yet interferes with the imagery.

I've made the painting to be something interesting to look at and that will draw you in. Symbolism is suggested but never confirmed:


But equally, opposite readings could be equally valid.


So, what does this painting 'mean'?  It is meaningful, in that it is full of meanings - but does not reduce to a single meaning.
Posted by Mikael Sandblom at 10:13 AM No comments:

Instagram on a phone. Images are viewed within a fraction of a second. Not looked at, as much as registered.

If you posted a picture of particularly beautiful clouds: 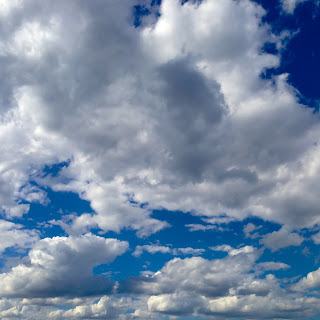 No one would 'see' or really look at them. It's just registered as Clouds. Flick. Next.

An artist sees something in the clouds. There's a feeling there. But a picture isn't enough. Clouds. Flick. Next.

By painting an image, the artist slows down the gaze. We see the image being made. The artist brings us a step closer.  Here's a beautiful painting of clouds by Rae Johnson. You don't just see clouds. In the brushwork you see Rae seeing the clouds. 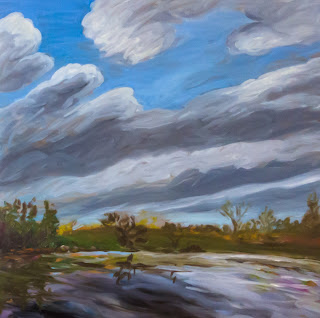 Posted by Mikael Sandblom at 5:34 PM No comments: